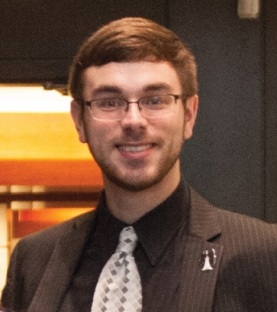 is a PhD Candidate at Michigan State University who holds an MA in History from Loyola University Chicago and a BA in History and English from Albion College. His research focuses on the late eighteenth and nineteenth-century Great Lakes region, and his dissertation centers on Anishinaabe women and their children of mixed ancestry at Michilimackinac. Situated around the straits separating Michigan’s upper and lower peninsulas, the Anishinaabeg considered Michilimackinac a preeminent gathering place prior to European contact. Throughout the seventeenth and eighteenth centuries, it evolved into a fur trading nexus where navigating aboriginal kinship networks that could link individuals of diverse national origins to bonds of mutual obligation was essential to gaining and maintaining influence. By forging kinship connections with Euro-American men, Indigenous women could amass authority as cross-cultural intermediaries.

Michilimackinac was an undeniably contested region during the seventeenth and eighteenth centuries as French, British, and American imperial forces grappled with local Anishinaabe and each other for dominance. However, many scholars assert that 1815 initiated a period of unyielding decline for the Anishinaabeg in which their homelands fell under the absolute dominion of the United States. Albani argues, in contrast, that Michilimackinac remained a contested borderland throughout the nineteenth century. Its peripheral position – far removed from most Euro-American geopolitical centers – and heterogeneous nature allowed Indigenous women based there to maintain their sovereignty. They could, therefore, resist removal, pivotally complicating the already contentious process of American state formation that characterized the Old Northwest.

Intertwined with the process of state formation were American efforts to codify Native Americans as racialized “others.” Albani’s dissertation further explores how the mixed ancestry children of Michilimackinac’s cross-cultural intermediaries responded to the racial categories imposed upon them throughout the nineteenth century. He contends that by either outwardly embracing their aboriginal identities or presenting themselves as white, they were able to exert agency and augment their authority around Michilimackinac and beyond. Thus, Albani’s research contributes to both a richer understanding of the processes of nineteenth-century American state formation as well as their influences on the racialization of Indigenous peoples.

Along with working on his dissertation, Albani is pursuing a Graduate Certificate in Digital Humanities and has been engaged in a variety of digital projects. In 2017, he began producing and co-hosting Sects Ed, a religious history podcast analyzing unorthodox faiths around the world. He also helped design Skin Deep, a website hosted by MSU’s Lab for the Education and Advancement in Digital Research (LEADR). It publishes scholarship by historians engaging with contemporary issues surrounding immigration, race, and identity. Before enrolling at MSU, Albani coordinated the Jesuit Libraries Provenance Project, a digital humanities project exploring the intellectual history of nineteenth-century Jesuits in the American Midwest.

Albani also possesses public history experience, having worked as the James Rocks Curatorial Intern at the Loyola University Museum of Art (LUMA) and on the interpretive staff of Colonial Michilimackinac. In 2018, he was selected to participate in the Newberry Consortium in American Indian Studies (NCAIS) “Museums and Indigeneity” summer institute. He is a member of the American Historical Association, American Society for Ethnohistory, Historical Society of Michigan, Midwestern History Association, Native American and Indigenous Studies Association, Organization of American Historians, and Society for Historians of the Early American Republic.